VA Shiva Ayyadurai is the Director of The Email Lab and holds two teaching appointments in the Department of Comparative Media Studies and Department of Biological Engineering at MIT. He is also the Chairman and CEO of CytoSolve, Inc.


In the summer of 1978, I was fortunate enough to attend a program at the Courant Institute of Mathematical Sciences at NYU, where I was taught the basics of computer programming. My mother, Meenakshi Ayyadurai, was excited to see that I had an aptitude for the new technology and she introduced me to Dr. Leslie P. Michelson, who taught at the UMDNJ, in Newark. 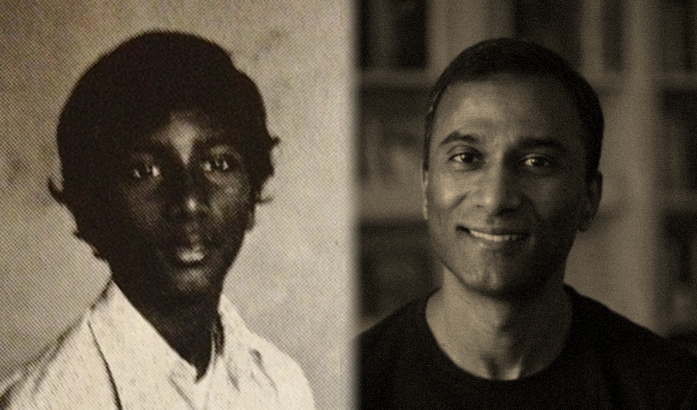 Dr. Michelson challenged me to find a solution to an office technology problem. The doctors in the medical school were starting to use computers, but they were still isolated from each other – so much so that they still used an interoffice paper mail system. He wanted to know if I could invent a computer program that would allow them to communicate computer-to-computer and replicate electronically the entire interoffice mail process. This challenge became my obsession. For three years, I dedicated all of my free time to solving this problem.

Dr. Michelson provided me with access to their three HP 1000 mini-computers, a network connection called DS1000 IV, the FORTRAN IV programming language, a CRT terminal and the RTE-IV relational database. But he did more than that. When my family moved from Bombay, India to Paterson, N.J. in 1970, I saw America from the viewpoint of the disadvantaged. When we arrived, my mother started work in a factory. All around me I saw impoverishment, racism and social barriers. But Dr. Michelson and his colleagues, though decades older, treated me with respect, collegiality and kindness. I was given the chance to innovate.


And I was successful.

I created a computer program called EMAIL. I solely wrote the program, which consisted of nearly 50,000 lines of original code. EMAIL was the first of its kind -- a fully integrated, database-driven, electronic translation of the interoffice paper mail system derived from the ordinary office situation. It provided the electronic equivalents and features of mail receipt and transmission including: the inbox, outbox, drafts, address book, carbon copies, registered mail, ability to forward, broadcast along with a host of other features that users take for granted in Web-based email programs such as Gmail and Hotmail. I was the first to design, implement, test and deploy these features as a full-scale emulation of the interoffice inter-organizational mail system. This was and is email as we know it today.


I maintain that what made EMAIL a “first” was that it merged multiple sub-systems: an easy-to-use user interface, a word processor, a relational database (to support folders, mail storage, sorting, and many other features not easily possible with flat-file based approaches), and a modular inter-communications protocol, integrated together in one single and holistic platform to ensure high-reliability and user-friendliness network-wide. I did this independently, without the support of large universities, big companies and the military, while working for the University of Medicine and Dentistry of New Jersey (UMDNJ), in Newark. In 1982, I successfully registered a copyright for that program.


First, I studied how the existing system processed and transported paper mail between offices dispersed it in separate locations. Then I set out to duplicate all of the features of the interoffice mail process in a computer program. What resulted was that I created the electronic interoffice paper mail system. And UMDNJ, a small school in a impoverished city, was its first customer. This electronic interoffice mail system had the following interlocked parts (as detailed in Table 1), which are the now-familiar components of email: Inbox, the Memo (“To:”, “From:”, “Date:”, “Subject:”, “Body:”, “Cc:”, “Bcc:”), Forwarding, Composing, Drafts, Edit, Reply, Delete, Priorities, Outbox, Folders, Archive, Attachments, Return Receipt, Carbon Copies (including Blind Carbon Copies), Sorting, Address Book, Groups, Bulk Distribution. This system was not only used within offices but also for communication between different organizations. But that was not all. The database-driven and modular architecture of this system ensured reliable and secure transfer as well as providing many of the other important interoffice mail features aforementioned.

Moreover, at that time, the use of upper case for the naming of programs, subroutine and variable names, was also a carry over from the days of writing software programs using punch cards. The fact is EMAIL is email, upper case, lower case, any case. On January 21, 1981, I received a Westinghouse Science Talent Search Honors Award for creating email.


During that time, programmers were also releasing specifications called Requests for Comment, or RFCs, which described how those electronic messages should be formatted and transmitted. My detractors assert that the RFC, among other false claims, is proof that “email” existed prior to the creation of my program. They cite RFC 733, published in 1977, as proof. However, RFC 733, explicitly states:


"This specification is intended strictly as a definition of what is to be passed between hosts on the ARPANET. It is NOT intended to dictate either features which systems on the Network are expected to support, or user interfaces to message creating or reading programs."


These are the facts as it relates to the creation of email.


In comments online and messages to me there has been a great deal of vitriol and animosity, and I wish to address this reaction, since I believe it reveals a deeper issue concerning who owns innovation.


We have lived through a period of intense scientific and engineering innovation in the last three decades. A new electronic information infrastructure has been constructed, which has transformed how people communicate with each other and the wider society. Entirely new forms of property have come into being. Up until the 1990’s, the ability to “patent” software was still being debated. Now, billions of dollars are riding on the latest operating system updates. Literally millions of computer-based careers have been created, from machine programmers, to game designers, to “smart building” control operators. Then, there are the layers of financiers, politicians and academics who depend on new technological innovation for their paychecks.


But, in the midst of this wave of innovation and transformation, there is still a great deal that is unchanged. The vested interests of our age may have a new technological base, but they are still vested interests. And, like all such groups through history, stakeholders are often compelled to create a narrative that elevates their role, justifies their behavior, and belittles “others”. When the Web was invented, there was an excitement that it would become an “information superhighway” – a vast collection of healthful knowledge that would be accessible to all, heralding new opportunities for civic engagement.


In America, however, the drive to transform ideas into commodities has led to the creation of tollbooths on that superhighway in the form of pay walls and data miners, among other impediments. Instead, innovation is too often presented as synonymous with property and with profit and prestige as the only motivator. I should know, I have participated in and profited from this system of intellectual property protection.


In 1978, my experience as a teenager in New Jersey, however, reveals an alternate narrative. Innovation is the human condition. It is in our DNA. It is why we have fire and the wheel and irrigation and writing. It is not the privileged domain of a coterie at elite institutions and corporations, too many of which play the role of restricting innovation to protect their vested interests. I believe these vested interests sometimes resort to rewriting history and subsuming terms to either intentionally or unintentionally belittle “others’, whose work did not take place under their auspices. This is what we are witnessing, as reflected in what others and I believe to be the hijacking and distortion of the term “email”.


My program defined email and was modeled after the interoffice paper mail system with features that any ordinary person uses today in modern products. When we say “let me get on my email”, we’re referring to the system for managing electronic mail, containing the electronic equivalents from the office situation e.g. inbox, outbox, etc. Therefore, to use the term “email” to refer to developments in “electronic messaging” such as chat, online bulletin boards, and text messaging, created prior to 1978, is misleading and inaccurate. I believe such revisionism to be a clear attempt to belittle my work and marginalize my invention as a trivial computer program in the historical stream of “electronic messaging”.


Similar to inaccurate references to RFCs as proof that email existed prior to my invention, another example is to refer to early text messaging systems as “email”. In a Feb. 2001 piece, posted on Multicians.org and titled “The History of Electronic Mail”, Tom Van Vleck, writes that “The idea of sending ‘letters’ using [the Compatible Time-Sharing System] was resisted by management, as a waste of resources.” Michelson, and my management team at UMDNJ did not resist this, they encouraged me to work on “letters”, and to create an electronic interoffice mail system to support the management of those electronic “letters”.


I believe that the technologists who objected to the news of my invention of email, some of whom worked at larger institutions such as DARPA and The RAND Corporation among other entities, did not explicitly focus on building the electronic version of the interoffice mail infrastructure. Further, I believe, based on my research, that they can, prior to 1978, at best, be called the “inventors of text messaging” – heirs to systems such as chat, SMS and perhaps Twitter – not email.


I plan to make my program available online in the near future for everyone to see. There, they will find that email is not “electronic messaging”, email is the electronic interoffice mail system. Attempting to provide, what I and others believe to be a revisionist history of the term “email” showcases how vested interests operate to choke human progress by promoting a false view that only a few can innovate and own the rights to innovation.


My intention in sharing my story is to present an alternate narrative to innovation. The invention of email, and I, in that sense, are insignificant. What is significant is that innovation took place under certain unlikely conditions, independent of large institutions. As Les Michelson has eloquently stated, “The sooner we embrace this truth, the sooner our lives will be enriched by the thousands of others that do not have the luxury of working in the established bastions of innovation, but nevertheless have the intellect and drive to make contributions big and small.” And, this is what inspired me to contribute my work to the Smithsonian, particularly given the Lemelson Center’s commitment to create both online and offline exhibits to reach young people.


I will continue to tell my story through my Web sites, articles, and in an upcoming book, with the hope of inspiring young people that innovation is their birthright, be they from Newark, Boston or San Francisco. I plan to donate all proceeds from the book to the International Center for Integrative Systems, a charity I founded, which has established a fund for supporting innovation in Newark by providing young people there with the chance to learn computer programming, as I had the opportunity to do at an early age.


Regardless of my efforts, and my continuing work to contribute to the development of email over the past thirty-five years and beyond my original invention, some will not be convinced. For them and the gatekeepers of the existing system, who want to perpetuate this vitriol and denigration, my invention of email “does not compute”. But a simple truth stands: email was invented by a 14-year-old, immigrant working in Newark, NJ in 1978. This is a fact. 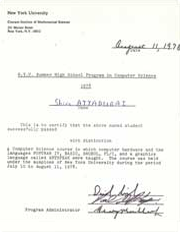 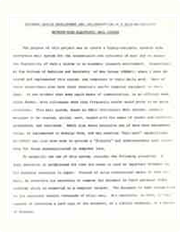 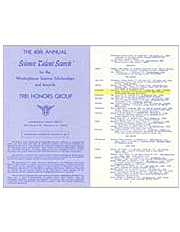 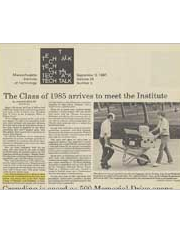 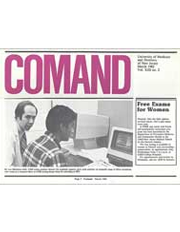 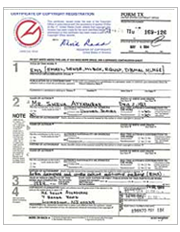 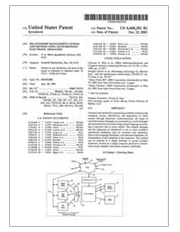 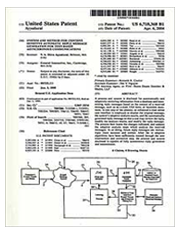 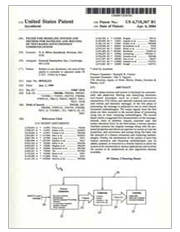